Did you take a screenshot on steam while playing games? Now the question is where does steam save screenshots? Not able to find where the screenshot has been saved. Well In this guide I am going to tell you where steam screenshot folder located on your PC.

Before that, if you don’t know what is steam, let me talk a little about steam.

Steam is software for video games, owned by Valve that enables the user with installation and auto-updating of video games with cloud saving facilities and in-game voicing and chats functionality. It started in 2010, and now offers Mac games and Linux Games (since 2012).

With Steam, you can take and share screenshots of your favorite game very easily and in very less time. Steam cloud storage is of 1GB in size which is enough storage to keep pictures of your best gaming memories. You can show off your highest records to your friends or keep them as a memory in your PC. 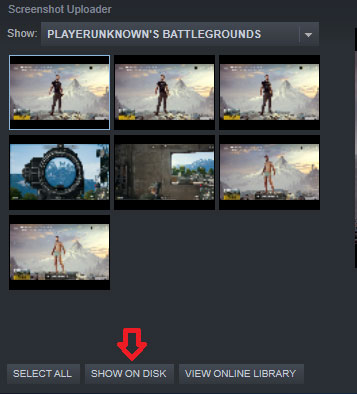 You can open the steam screenshot folder by browsing the below location.

So, follow the above path where are steam screenshots stored.

Now if you don’t want to browse the location again and again. And also if you want to open steam screenshot without opening the steam software then follow these steps.

Step 2: After that you will see a folder “Screenshots”. Right click on “Screenhot” folder > then click “send to” > then Desktop (Create Shortcut).

After doing these steps a shortcut will be created on the desktop and you can open steam screenshot folder directly from the desktop without opening the steam software.

How To Take A Screenshot While Gaming?

How To Save Screenshots With Steam?

When you press F12 key it will take the screenshot and automatically save on your PC. The new Screenshot Manager system allows you to upload your screenshot while playing the game. To customize the screenshot hotkey, you have to visit the In-Game section of Steam Settings. 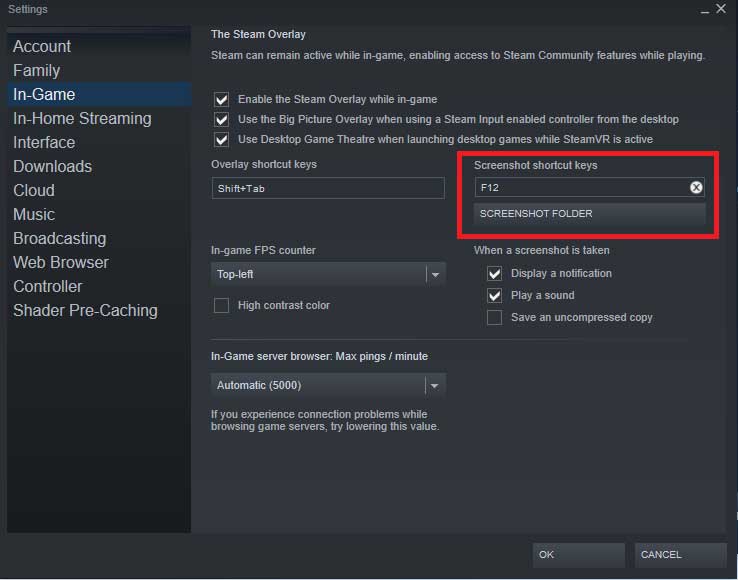 If you want to change the steam screenshot folder location then follow the below steps. 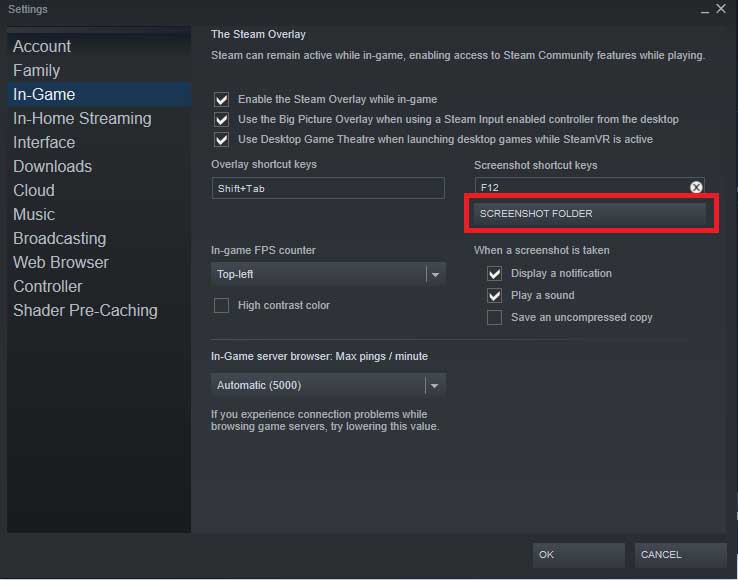 Now coming to the phase where the main problem occurs. Maximum gamers complain that they cannot open their Steam Overlay. Well, for this case, let me enlighten you by saying that the Overlay interface will not open by pressing its default shortcuts (Shift+Tab) if it’s changed by mistake.

To access it properly, the first thing you have to do is, to make sure that the Overlay is enabled and your default keys are correct. Detailed instructions are provided down below.

The overlay is a supporting component of the game you’re playing. It will close automatically as soon as your system will face a heavy load.

Make sure that your system is in a fine state by upgrading all the major drives, limiting the number of background programs running during the gameplay, updating your OS to its latest version.

Another process is, right-click on the game in your computer > Properties (under the general tab). Check the box which is next to Enable the system Overlay while In-game. 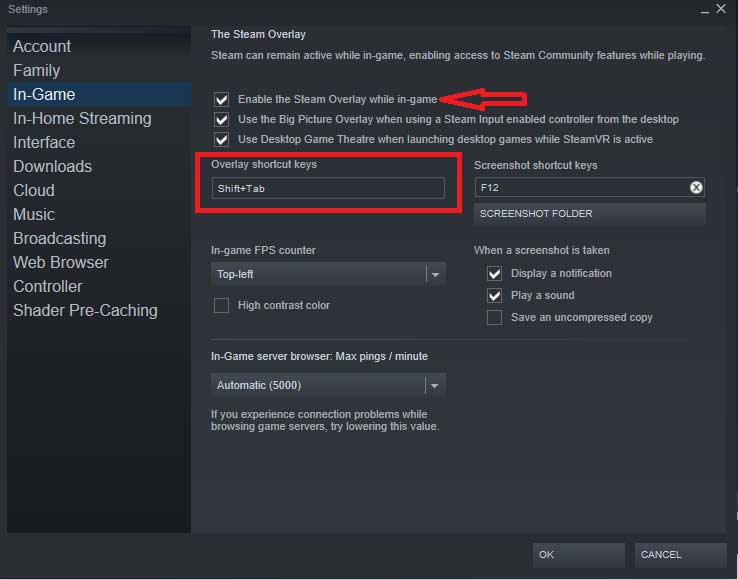 We all know that gamers are very creative in nature. The Steam Screenshot facility allows them to remember their art-filled gaming days and keep them prized in their cupboards. If you still have questions related to how to find steam screenshots folder or facing any issue to find out the folder please let me know.